In addition to all the historic sites like the Mullin Schoolhouse as well as landmarks such as Sycamore Row in Carroll County, there are four museums.
Carroll County Museums
Adams Mill 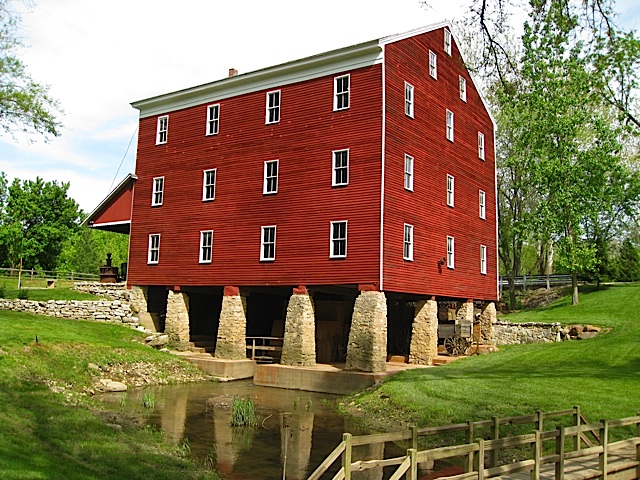 The Adams Mill Museum of Americana is an 1845 grist mill located east of Cutler in southeastern Carroll County between Kokomo and Lafayette. The mill was built by John Adams and powered by Wildcat Creek. A small village called Bolivar sprang up around the Mill, and in 1850 the government granted the Wildcat Post Office which was housed on the second floor. The Wildcat Masonic Lodge 311 was one of two lodges to be started in a mill in Indiana. Members met on the third floor from 1864 to 1867.
The Mill is a prime example of post and beam construction common to 19th century agricultural structures in Indiana. No nails were used in the original framework, only wooden pegs. Posts and hand-hewn beams are made of walnut and the joists are of oak. All the lumber was harvested locally. Finely ground cake flour was a speciality of Adams Mill until commercial milling ceased in the 1950s. The vast majority of the original machinery is still operational, although since the 2003 flood, water power is unavailable. Many period pieces of various kinds of machinery, tools, and artifacts are also housed in the Mill. The adjacent Adams Mill Covered Bridge is a fine restored example of an 1872 Howe truss structure.


On the Adams Mill grounds are also tent and cabin camping, fishing, canoeing, hiking, tubing, and other opportunities.
Camden Museum

The Town of Camden has gathered an interesting collection of local memorabilia and housed it on the second floor of its Public Library. The Library is housed in a National Historic Landmark building which has been nicely restored by local volunteers. The Camden Museum contains many school pictures and other items as well as artifacts from the town's past.
Carroll County Historical Museum 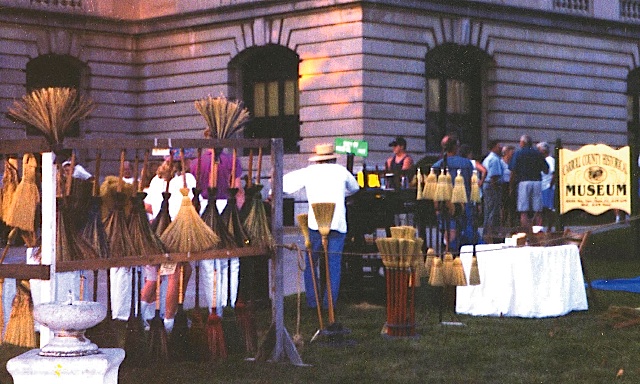 The Carroll County Historical Museum in the historic Courthouse in Delphi houses many early artifacts and documents from throughout Carroll County.

In addition to the large collection of items and memorabilia, the Museum has an extensive collection of genealogical materials which include primary sources such as original marriage certificates and school records as well as histories, census data, family records and genealogies, and other types of material relevant to families of Carroll and surrounding counties.


The Museum is run by volunteers from the Carroll County Historical Society. These volunteers have constructed many databases, and some of those relevant to genealogy are online at the Museum website which also hosts a digital photo archive of over 15,000 photographs of people, places, and events in Carroll County.
Wabash & Erie Canal Interpretive Center 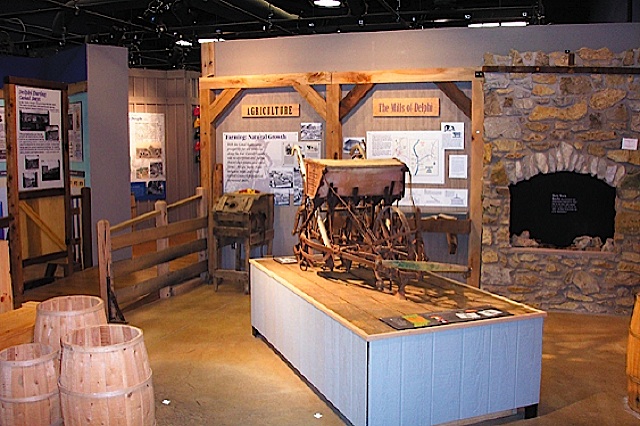 The Wabash & Erie Canal Park is located in Delphi on the only functioning and watered portion remaining of the Canal. Canal Park has been under development since the 1970s and consists of many cabins, an early home, and other buildings and displays reflecting life in the Canal Era.

The Interpretive Center, opened in 2003, offers interactive exhibits to tell the fascinating 1832-76 timeline for the creation and development of the Wabash & Erie Canal--the largest manmade waterway in the United States. The large building also houses a Conference Center which is used for weddings and other gatherings.


The summer of 2009 witnessed the debut of the new replica Canal Boat, The Delphi, which is available for rides in the warmer months on a mile-long section of the Canal. The boat holds 40 passengers and crew, and is also available for rental for special group occasions.
Copyright © Carroll County, Indiana | Developed by Scared Rabbit
What can we help you find?