Delphi Parks and Recreation provides outdoor recreational opportunities for people of all ages and abilities. Facilities include six parks as well as ten miles of walking, hiking, and biking trails. Sports facilities and playgrounds are abundant and well maintained. Numerous picnic shelters are included as well as enclosed facilities.

City of Delphi Parks include the following locations:

In addition to these City Parks, Delphi is home to the extensive Wabash & Erie Canal Park and Interpretive Center as well as Canal Park Annex on North Washington Street.

Delphi City Parks are overseen by a Superintendent and a citizen Parks Board. They provide year-round access for children and adults as well as organized programs for children in the summer. Tennis and basketball sessions are included as well as arts and crafts classes. Special events include trips to water parks and canoeing on Deer Creek. Recreation programs for seniors are sometimes available. See City of Delphi Parks for further program details 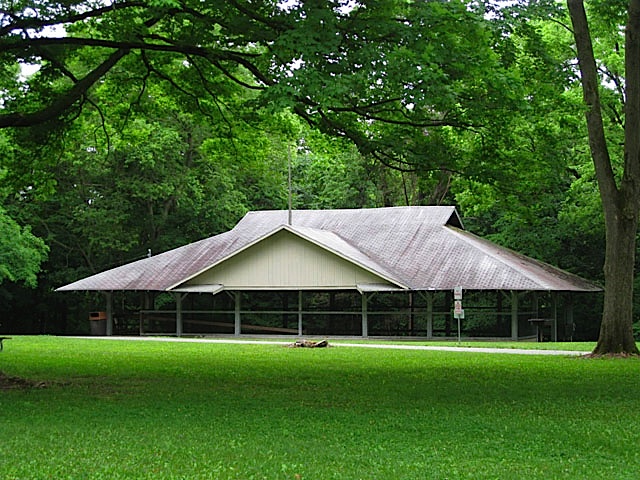 Delphi City Park is located in Delphi’s east end, between Monroe and Main Streets. It features a very large, well-equipped playground for young children, a basketball court, open field, restrooms, water, grills, and picnic tables. It also has a very large historic shelter house which can be reserved and rented from the city office.

The development of the Delphi Park system dates back to the turn of the century when the city removed a cemetery at this site. It had originally been an Indian burial ground. For a time the area was known as School Gardens, used by the nearby Monroe Street School. The first soldier from Carroll County to be killed in the Civil War, Dyson Boothroyd, is buried here. 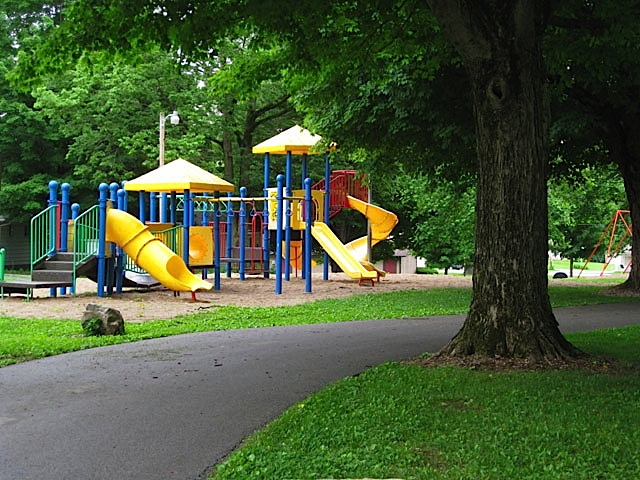 The site also served the community for various activities and programs such as: Chautauquas early in the twentieth century, community vegetable gardens during World War I, annual Old Settlers programs, and political speakers. Franklin Roosevelt spoke here while campaigning for the Vice-Presidency in 1920. After World War I, the park was used for school activities, such as track and football and was still used for some school activities as long as there was a school on Monroe Street.
George Obear Overlook Park 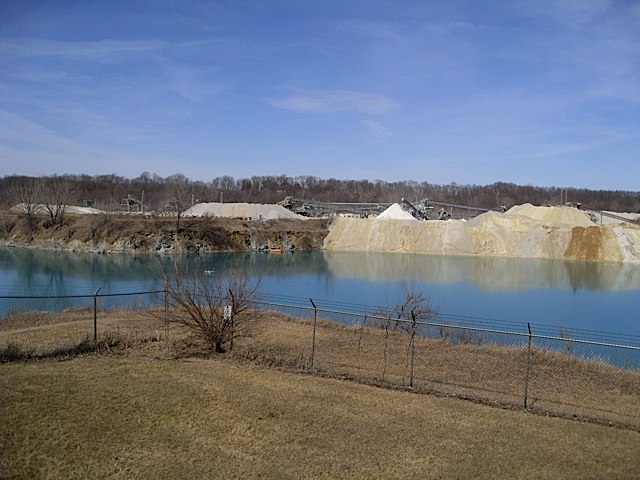 George Obear Overlook Park is Delphi’s newest park, donated to the city by U.S. Aggregates in 2003. It honors the volunteer work of a prominent local attorney with the limestone quarry officials to resolve issues surrounding the city’s water supply.

The park is located north of the Canal Center on Washington Street, across from the former Globe Valve site and adjacent to the quarry. It features a grass lawn and picnic tables in addition to a twenty-foot tower which provides a beautiful view of part of the large, working stone quarry and lake.

Lime and limestone have been an important part of Delphi’s history since the early times, and this overlook park is a fitting spot for a tribute. 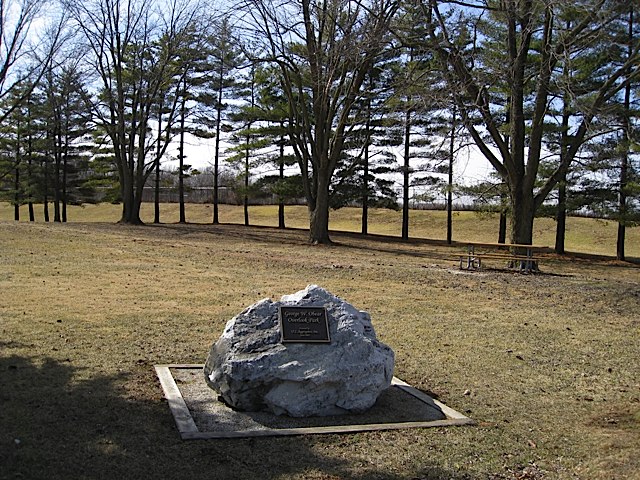 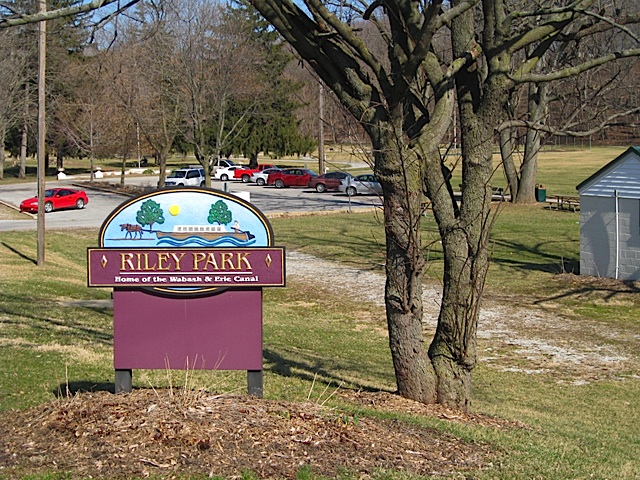 Riley Park is Delphi’s largest park, adjacent to Deer Creek and Highway 39/421 east of Washington Street. It houses a lighted softball field with concession stand, tennis court, basketball court, a modern playground, and rest rooms. These facilities are used for various sports events. There is also a measured walking track with exercise stations. Fishermen enjoy Deer Creek from the bridge, the bank, and the remains of a dam.

The park has a gazebo, a picnic shelter with tables and grill, and Riley Cabin - a year-round facility with restrooms. All three of these structures can be reserved and rented at the city office.

Picnic tables and grills as well as park benches are located throughout the park near the boardwalk which runs along the creek bank. A suspension bridge over Deer Creek was rebuilt in 2004 after being lost in the 2003 flood. Bridges were built at that approximate site in 1908, 1911, 1989, and 1998. After the 1913 flood, there was no bridge there until 1989.

Riley Park was named for Hoosier poet, James Whitcomb Riley, who often visited friends in the Delphi area and gave readings of his work at the Delphi Opera House. His poem "On the Banks o' Deer Crick" reflects the images and language of Delphi at the turn of the century. 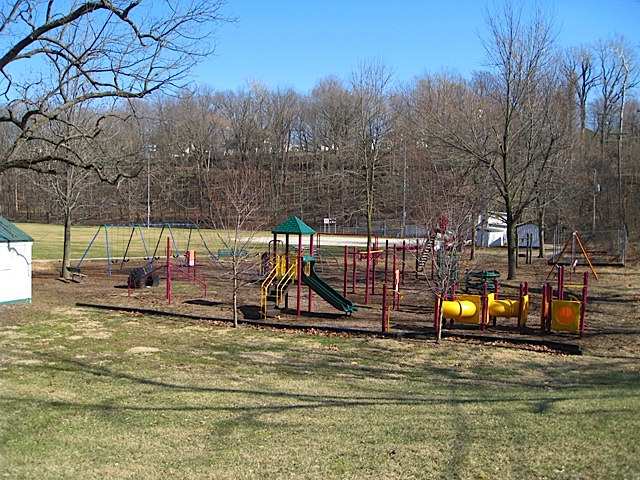 The Deer Creek swimming pool dam was completed in 1925, and, on Sunday the 16th, over 500 citizens attended the opening of the Riley Memorial Swimming Pool. The bathing beach and bath houses were constructed on the south bank of the stream where Riley Park is now located. From this time, it became a long term project to develop and beautify this area with the intention of creating “a new city park for greater Delphi.”

The land for this park was donated to the city in 1930 by E.W. Bowen, and the Chamber of Commerce raised funds to develop the park. It became one of the most beautiful parks in Indiana. It also contained a park attendant’s house, a landscaped section containing a flagpole erected by the D.A.R. in 1932, flower urns, a formal garden, a key-shaped flower garden which was once a fish pool fed by a flowing spring. At one time, the park also contained a skating rink. In 1936, the Delphi parks accommodated 5,000 visitors and dates were already being reserved for the 1937 season. On one Sunday, during which there were four reunions, 1,000 people were present.

A quarter mile cinder track was also a basic feature of the original park, providing a much needed facility for high school track competition. After World War II, night lighting was installed and locker rooms were added to the bath house for use by the Delphi High School football program. In the 1960s, football and track activities moved near Hillcrest Elementary School, in south Delphi. In 1967 the Delphi Lions Club donated the picnic pavilion to the park.

Hoosier Celebration '88, a planned statewide community-by-community celebration of Indiana's past and its potential for the future, is responsible for the construction of the walking/exercise trail, new parking lot, and other improvements in this park.
Riley Park Annex
Between Hamilton Street and Washington Street, on the south side of Deer Creek, is Riley Park Annex. The Annex also includes multiple ball diamonds as well as soccer fields and restrooms. Riley Park Annex land has been acquired gradually through the 1990s. Fishing and canoeing are available in Deer Creek, and a trail transverses the park along the creek. A trail under the Washington Street Bridge connects the Annex to the main Riley Park. 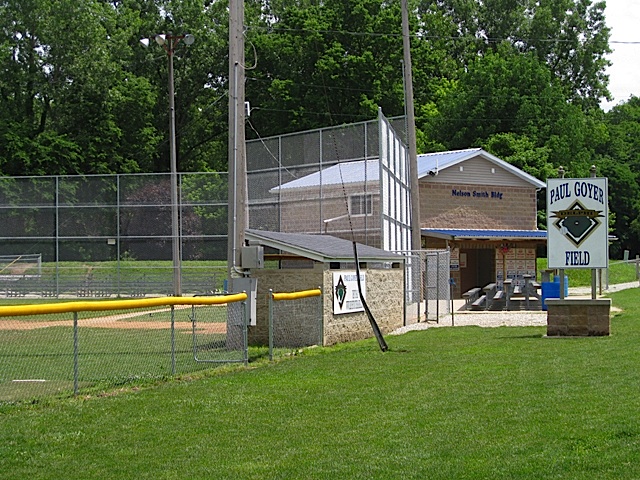 The Park equipment building, built in 2002, is next to Washington Street. On the west side of the building is a skate park which was erected in 2007. It includes stairs and ramps surrounded by rails and benches, with an additional starting ramp, or half-pipe, at the end.

The road which passes through the park annex is part of Indiana’s first state highway which was established by an act of the Legislature in 1826. The Wabash Highway was located in Carroll County along the later Wabash railroad to the Dayton Road, north to Delphi, through the present park annex, and then north out of Delphi on the Carrollton Road to Logansport.

Across the creek from the park annex, on the north bank of Deer Creek, is the former raised interurban right-of-way which extends between the two Delphi bridges. Within this area are Paul Goyer Little League Park, several residences, and the former sites of Smith’s Dairy, a pottery factory, and O’Connor’s Stone Crusher, a local industry which lay on the north side of Water Street between Washington and Market Streets.
Stone Barn Park
Stone Barn Park is a small neighborhood park with playground equipment ideal for small children. It is located on North Washington Street, between downtown Delphi and the Canal. An open picnic shelter with tables is also included.

The park is named for the adjacent building on Washington Street, near the Wabash and Erie Canal bed. A unique structure, this building was erected in 1904 by the James M. Peirce Macadam Company for storage of road construction equipment. Mr. Peirce built several iron bridges and roads in Carroll County as well as the belt line railroad. The company also quarried and crushed stone. His father, Peter Peirce came from Ireland and hauled materials for early railroad construction.

The building was later used as the Gustavel Furniture Warehouse. In modern times, it was renovated for senior citizen use with a HUD grant, which also provided the funds for the establishment of a park. The building is owned by the City and is now used for Senior Citizen meals and activities as well as the offices for the Delphi Parks Department. The Delphi Lions Club has its meetings here, and the building is available for community meetings and by rental for other uses.
Trailhead Park 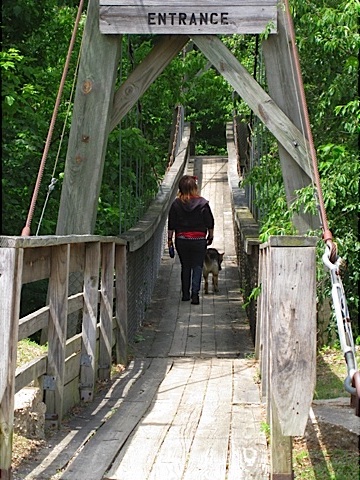 Trailhead Park is located south of Delphi on State Highway 25, adjacent to Deer Creek. The area includes a picnic shelter and tables, grills, and water as well as access to fishing and canoeing. A suspension bridge connects the park with the Delphi Historic Trails system.

This site originally provided the material for the causeway that supports State Highway 25 above the flood plain. Purchase, design, construction, and rehabilitation of the grounds were made possible by a 1990 Wabash River Heritage Fund Grant.

In 1994, a circular drive and restroom building were completed, along with a pedestrian suspension bridge which connects the Robbins and VanScoy Trails to the entire Delphi Historic Trail system. See the Historic Trails Map for a complete view and description of the ten miles of trails. 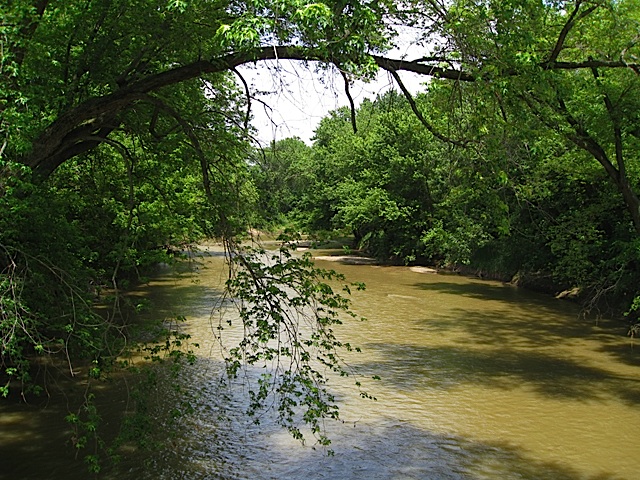