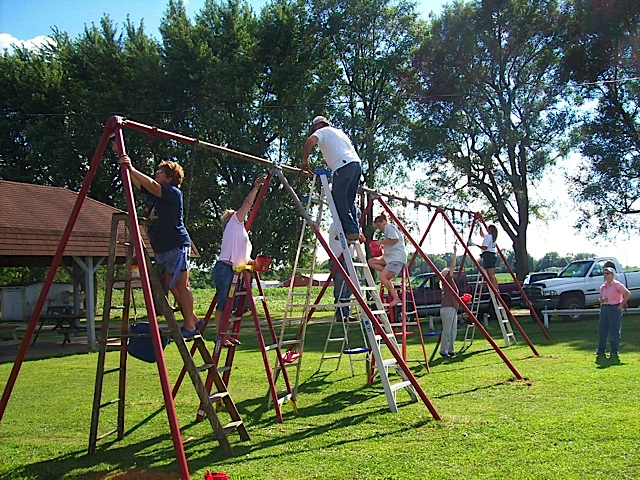 Carroll County owns two parks — French Post Park in the northwestern part of the county along the Wabash River, and Deer Creek Park in the northeast near the intersection of SR 218 and SR 29. French Post Park was founded in 1923 and Deer Creek Park in the 1930s. Over time, they both became property of the County and have been governed by and cared for by a Park Board whose members are appointed by the County Commissioners. Parks Board members are Al Buttice, Billie Hedde, Rob Buttice, Larry Mote, and Don Yerkes.

In 2007 Carroll County Government officials discovered some serious financial problems and decided that very significant cut-backs would be required from all departments. While monetary support for the county’s two parks wasn’t extremely large — just enough to cover maintenance, mowing, and utilities — cuts had to be made. The county budget for Parks now covers only the barest necessities. At the same time there was a suggestion, with considerable support, that Deer Creek Park should be sold. 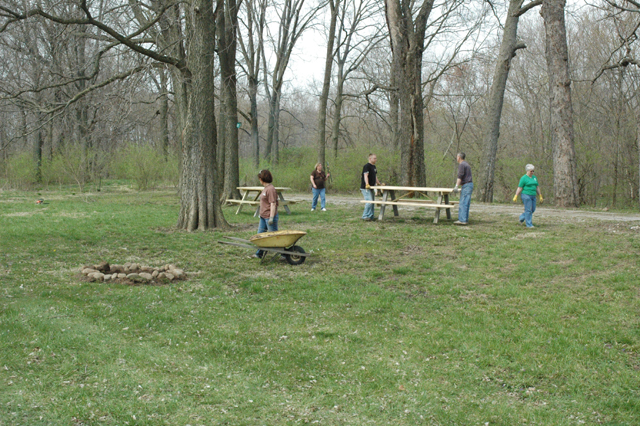 A group of citizens first met on February 18, 2008, to begin to organize to provide volunteer support to the Carroll County Park Board and the two county parks which they manage. The group has grown and been very active—in physical work at the parks, in fundraising to support the facilities, and in generating publicity to bring more visitors to the parks. So far the attempt to preserve Deer Creek Park has been successful, and publicity has been effective.

The Corporation is organized for the following purposes

By-laws and articles of incorporation have been approved, and the application for not-for-profit 501(c)(3) status was approved in February 2010. A board of directors and officers have been elected. The annual meeting is held each year in April for the election of directors.

Volunteers have worked directly with the Parks Board in a number of projects since 2008. Several clean-up days were held at both parks. Weeds were pulled, cut, and sprayed. Trees were trimmed and downed limbs were removed and cut up for firewood. Flower donations were solicited and planted. Broken playground equipment and fencing were removed and recycled. Swings and other playground equipment were painted with donated paint. Electrical and other repairs were made. The Deer Creek clubhouse was cleaned and all the picnic shelters were cleaned and repaired.

In March 2008 the Eel River Tribe and Massassagans held a drumming event at Deer Creek Park. The Friends benefited and helped by selling food and T-shirts to numerous visitors. About 60 people participated in the event which was part of 8000 Drums Across the World. This event was held to bring awareness of the depletion of natural resources, the disappearance of open spaces, and cultural unity.

In September 2008, the Friends sponsored the Party at the Park at Deer Creek Park. In spite of some weather challenges, the Burlington Kiwanis provided and cooked donated tenderloins and porkburgers, and lunches and snacks were sold by Friends to many visitors. The Flora Lions Club brought their soft-serve ice cream machine--to everyone’s delight--and donated the receipts to the Friends. The Camden-Jackson Township Fire Department demonstrated the Jaws of Life. A Bike-A-Thon, conducted by the Carroll County Sheriff’s Department and fishing tournament were among the kids’ activities.

One of the problems with use of the parks has been public awareness. At Deer Creek Park, the pond and campground can’t be seen from the road, so the facilities are not well known. A major project has been to raise funds for a large new sign for Deer Creek Park. That was accomplished, and the signs have been installed. A directional sign from SR 29 was made and donated by Mary and Jack Hammel.

In 2008 and 2009, the Eel River Tribe used French Post Park as the launch site for their Canoe-A-Thon or Sinipiongi which they hold each year to raise money for Riley Children’s Hospital in Indianapolis. In 2009 the Friends and Parks Board fenced off a large area at French Post Park and built ten fire rings to provide sites for ten primitive tent camping spots.

The Friends have been very grateful to Carroll County Focus on the Future for their support in helping support the formation of the organization and to Carroll County REMC Operation Round-Up for a grant used for electrical upgrades at Deer Creek Park.

In 2009, the Friends of Carroll County Parks and the Parks Board were honored by the Carroll County Economic Development Corporation and the Carroll Chamber of Commerce with a Community Enhancement Award for their upgrades to the county parks. Fundraisers include the annual food concession at the Carroll County Garden Fair. In 2011 the Friends held an Old fashioned Fish Fry at Deer Creek Park and held an historical re-enactment at French Post Park commemorating the 1923 founding of the park.

In 2012, the Friends joined Indiana Department of Transportation's Adopt A Highway program to keep trash from accumulating in the mile of SR 218 in front of Deer Creek Park (to SR 29) and the mile south of 218 on 29 that includes the historic Sycamores.